ROG Strix B550-F Gaming is PCIe® 4.0-ready and provides the latest connectivity options for supersmooth networking and blisteringly fast file transfers. Audio enhancements give you a massive advantage, allowing you to pick up on the subtlest of cues for a completely immersive gaming experience.

This utility leverages a massive deep-learning database to reduce background noise from the microphone and incoming audio, while preserving vocals at the same time. Distracting keyboard clatter, mouse clicks and other ambient noises are intelligently neutralized so you can hear and be heard with crystal clarity while gaming or in calls.

*A splitter cable is necessary when using a 3.5 mm headset. 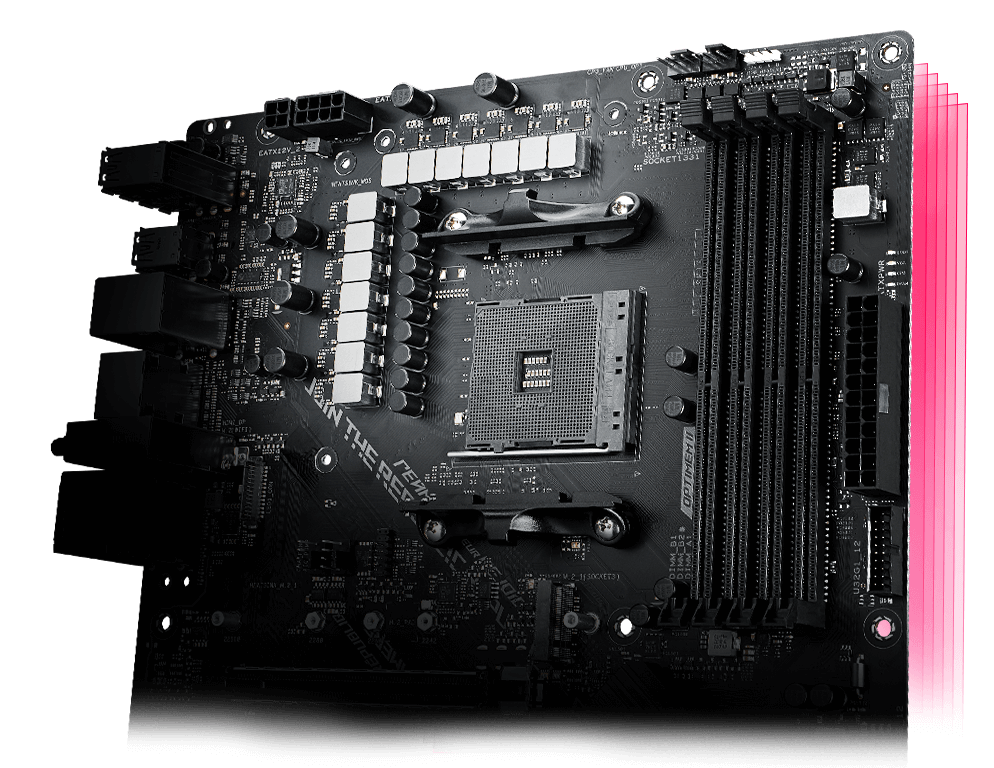 The 6-layer PCB quickly dissipates heat around the VRM to improve overall system stability and give the CPU more overclocking headroom. 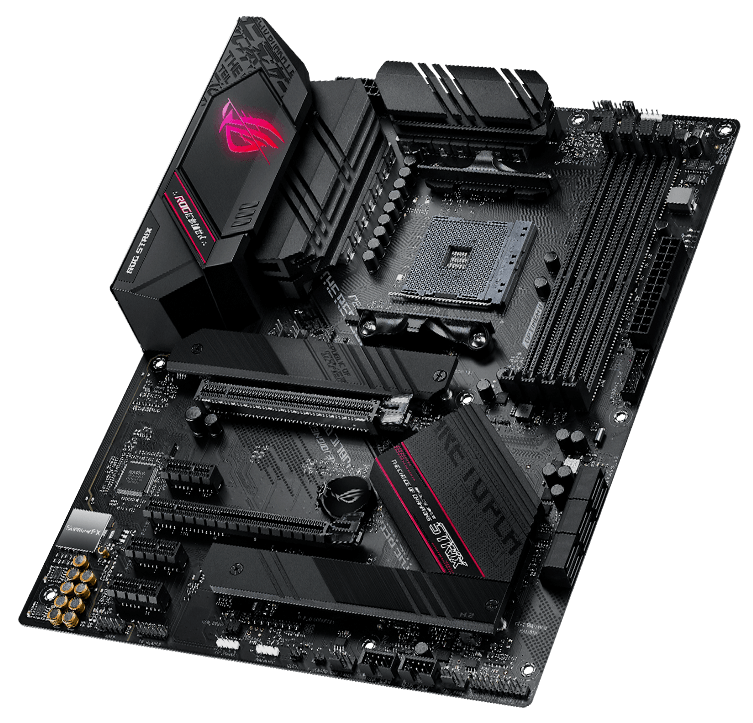